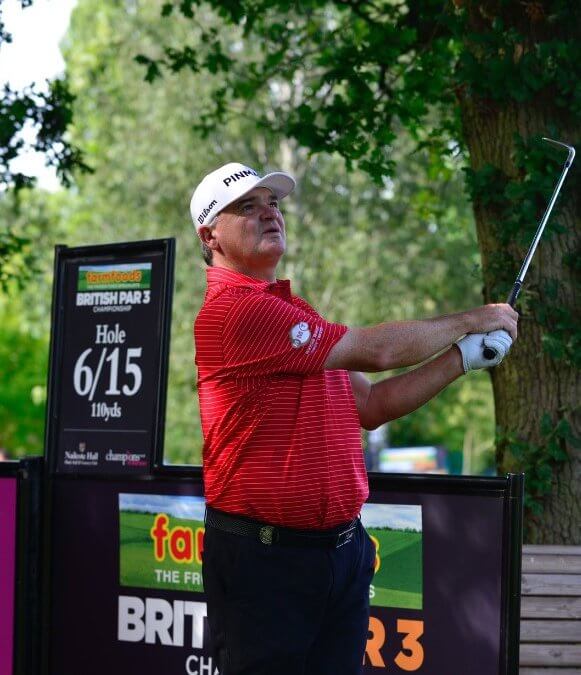 The British Par 3 event is always one I look forward to, there were five of us from Aberdeen playing this year with David Law, Sam Locke, my nephew, Sean and son Craig joining me in Birmingham.  We flew down on Tuesday afternoon and played a practice round in the evening.  My partner for the two days was main sponsor Eric herd from Farmfoods.  I always really enjoy playing with Eric as he’s a good lad and pretty competitive.
We finished second in the team event (only losing on a countback) and I finished in a tie for 2nd, losing out by one shot to Jarmo Sandelin in the pro event. Jarmo played very well and thoroughly deserved to win – which was his first win since 2001. Many thanks to Eric for looking after us all so well and I look forward to playing next year.