Known to one and all in golf as “Chippy” because of the excellence of his work around the greens, Paul is one of only eight players to have competed in more than 600 European Tour events.

In those, he has amassed eight victories, including his unforgettable Open triumph at Carnoustie in 1999.

Over the course of his 31-year professional career, Paul has twice represented Europe in the Ryder Cup, in 1999 and 2012, winning his singles match on both occasions. He has also played multiple times for Great Britain & Ireland in the Seve Trophy, as well as being part of Scotland sides at the Dunhill and World Cups.

Off the course, Paul plays a significant role in grassroots golf through his eponymous junior foundation and has three times hosted the Paul Lawrie Matchplay tournament on the European Tour. He was made a Member of the British Empire (MBE) in 1999 and awarded an OBE (the Order of the British Empire) in 2013.

Today, Paul Lawrie and Carnoustie Golf Links announce a new relationship which will see the 1999 Open Champion represent them as their attached Touring Professional, becoming an ambassador for the Angus venue. For Paul, whose career-defining moment occurred in 1999...

END_OF_DOCUMENT_TOKEN_TO_BE_REPLACED 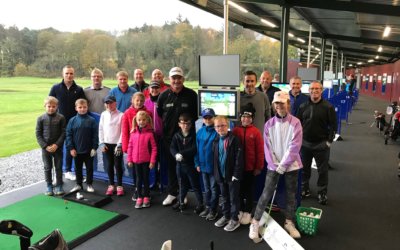 Because of the constant rain the course at PLGC was closed but luckily we now have the toptracer technology to use on the range. It was really good fun to see all the parents and kids enjoying themselves playing a 9 hole Texas scramble. Thanks to everyone for coming...

END_OF_DOCUMENT_TOKEN_TO_BE_REPLACED 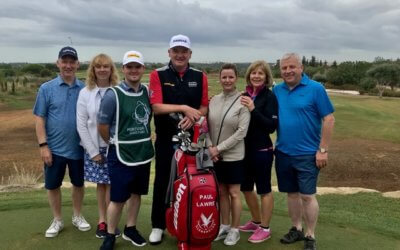 The Portugal Masters is always one of my favourite events of the year. I have had some good weeks on the Victoria course. The hotel, onsite, is excellent and I am normally accompanied by the Reids the Morrisons and Marian. This year Craig caddied for me which was...

Fancy winning a @DRUIDSGOLF wardrobe in time for the new season?

Enter for free at http://www.bunkered.co.uk/competitions

Want to tee it up alongside the Legends?

Email our concierge Alex Bailey to find out more: concierge@legendstour.com

This website uses cookies to improve your experience while you navigate through the website. Out of these, the cookies that are categorized as necessary are stored on your browser as they are essential for the working of basic functionalities of the website. We also use third-party cookies that help us analyze and understand how you use this website. These cookies will be stored in your browser only with your consent. You also have the option to opt-out of these cookies. But opting out of some of these cookies may affect your browsing experience.
Necessary Always Enabled

Any cookies that may not be particularly necessary for the website to function and is used specifically to collect user personal data via analytics, ads, other embedded contents are termed as non-necessary cookies. It is mandatory to procure user consent prior to running these cookies on your website.